Posted By The Berkley Center
In many cultures, women are unfairly blamed for the inability of a sexually active couple to conceive. In reality, men suffer from infertility issues just as frequently as women. According to statistics from the National Infertility Association (an organization also known as RESOLVE), between 35 percent and 40 percent of infertility problems among couples are actually caused by male conditions. Several factors may be responsible for male infertility, including low sperm count, abnormal sperm shape and size, and reduced motility. Lifestyle, genetics, and physiological changes can also raise or lower male fertility levels, and can significantly affect a man's ability to produce offspring. Previous research has shown that acupuncture can improve fertility levels in women. Fewer studies on male infertility have been conducted, although evidence suggests that acupuncture can have an effect on sperm production and quality, without causing any changes in behavior or sexual desire. A recent trial published in Fertility and Sterility has shown just how effective acupuncture can be in the treatment of this condition, leading to significant increases in the number of normal sperm and equally significant reductions in structural defects. 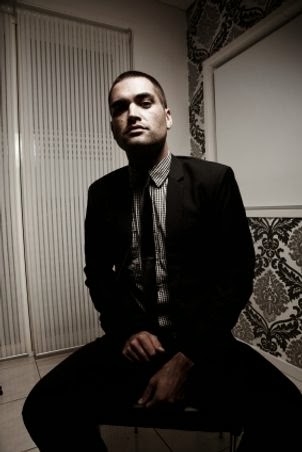 In addition, significant changes in sperm structure and quality were seen in the samples from the acupuncture group. Before treatment, only 22.5% of the sperm samples in the acupuncture patients contained normal-shaped acrosomes, a cap-like structure that develops over the anterior portion of a sperm cell's nucleus. After treatment, the median percentage of normal acrosome shapes showed a "statistically significant improvement" to 38.5%.

Similarly, the percentage of sperm with a normal axoneme pattern increased significantly among men receiving acupuncture. (The axoneme is a microscopic structure that contains a series of tubules arranged in a distinct pattern, and is believed to aid in sperm motility.) Prior to the start of the study, the correct axoneme pattern was present in 52% of sperm in the control group, but only 46.1% in the acupuncture group. After 5 weeks of therapy, the median percentage increased to 52.2% in acupuncture patients, but actually decreased to 38.2% in the control group.

While acupuncture appeared able to improve the overall quality and structural integrity of sperm, it was ineffective against some common sperm pathologies. Apoptosis levels (programmed cell death) in sperm samples were reduced slightly, but not to a statistically significant degree. Median percentages of necrosis (unprogrammed cell death) and sperm immaturity also decreased slightly in the acupuncture group, but not to a level considered statistically significant.


The authors concluded that despite the inability of acupuncture to significantly reduce some sperm abnormalities, the treatment could be used to improve overall sperm quality, leading to the possibility of increased fertility.

"In conjunction with ART or even for reaching natural fertility potential, acupuncture treatment is a simple, noninvasive method that can improve sperm quality," the authors concluded. "Further research is needed to demonstrate what stages and times in spermatogenesis are affected by acupuncture, and how acupuncture causes the physiologic changes in spermatogenesis."